Vietnam’s leading exhibition on machinery and technology for manufacturing and supporting industries, Vietnam Manufacturing Expo (VME) 2018, was kicked off last week with the aim of presenting technologies, solutions and practical experience for smart factories to support Vietnamese manufacturers in overcoming the early challenges of Industry 4.0.

According to Capgemini’s Digital Transformation Institute, in the next five years, smart factories may contribute as much as $500 billion in added value to the global economy. Smart technologies offer a significant competitive advantage for manufacturers, allowing them to increase output, quality, and consistency. But they are not easy to implement.

Suttisak Wilanan, deputy managing director of exhibition organizer Reed Tradex, said “76% of manufacturers have an ongoing smart factory initiative or are working towards one, and only 14% are satisfied with their level of success. 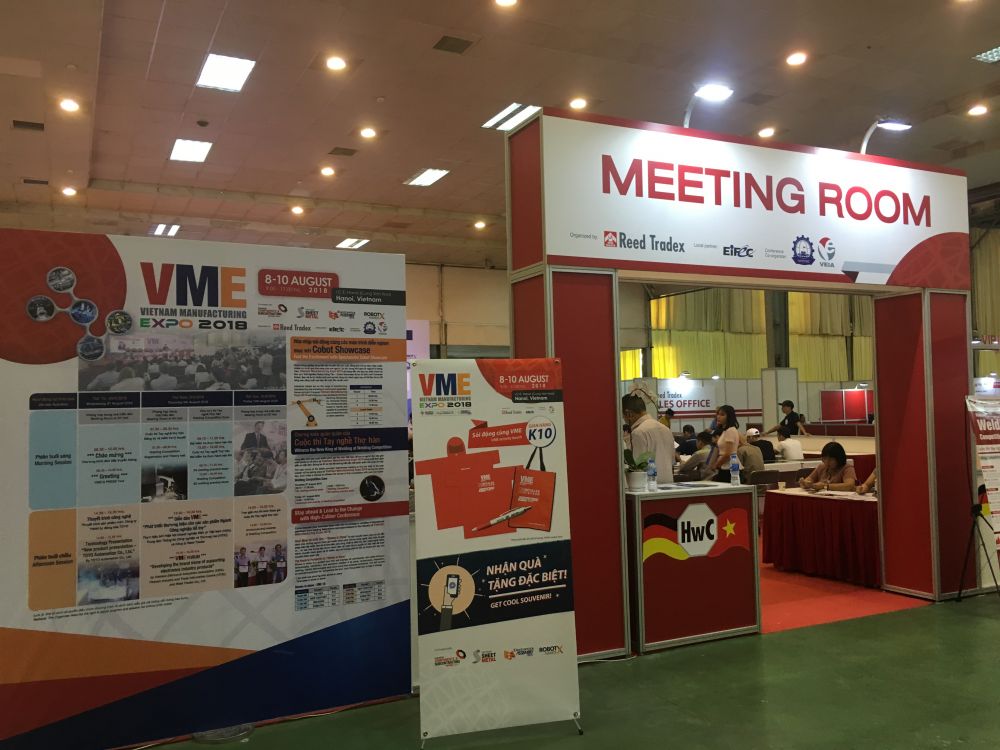 “However, manufacturers should not feel overwhelmed, especially in a country in the early stages of manufacturing development like Vietnam, and those embarking on their journey should not change too much soon or do so without the proper counsel” he added.

This year, the Vietnam Manufacturing Expo saw the participation of over 200 leading brands and experts in the industry, with four international pavilions from Japan, Singapore, Thailand, and Taiwan.

The term “smart factory” denotes a range of manufacturing technologies that fuse the physical and digital worlds, with breakthroughs in artificial intelligence, robotics, the Internet of Things, metrology, and 3D printing seen as the main drivers.

Universal Robots, the world’s first company to successfully produce commercial collaborative robots (or cobots), joined the VME 2018 with the intent of introducing a robot that could serve as a tool for factory workers.

Shermine Gotfredsen, general manager of Universal Robots in Southeast Asia and Oceania said “A cobot is a robot designed to collaborate with human workers. Beyond their innate Industry 4.0 compatibility, cobots have played a major role in enabling companies that might not have been able to afford industrial robots to start automating their processes. Because they are versatile, easy to programme, small, lightweight, and affordable, cobots are being deployed at small and medium-sized enterprises, to retrofit older factories belonging to companies that might not be in a position to build a turnkey Industry 4.0 facility, and at companies of all sizes in developing countries.

By “democratizing” robotic automatic in this way, cobots will help companies everywhere join the latest wave of automation, even if they are not ready to go all the way to Industry 4.0 solutions, according to Universal Robots.

She added, “Some manufacturers have had mechanical systems in place for over 50 years. In an increasingly competitive industry, it is important that manufacturers replace outdated machinery, not just upgrade it. For the reason, we decided to cooperate with Reed Tradex to hold a “Cobot showcase” at the Expo 2018 to help Vietnamese manufacturers get a better understanding of cobots, their capacities, and how to apply them in production chain in the most efficient, economical, and safe way.”

Hoang Van Tan, country sales manager of Creatz3D Pte Ltd., emphasized the role of 3D printing in the era of Industry 4.0 saying “Currently, design and rapid prototyping are two of main processes that benefit from 3D printing. It is also useful in low-volume production.”

As speed, quality, and materials improve those that exploit the new possibilities will be the winners. The 3D printing allows manufacturers to speed up engineering and design cycle, creating a whole new manufacturing possibility: desktop manufacturing, 3D printing should be considered a brand new, disrupting technology on the level of personal computing or smartphones.”

Initially, industrial 3D printing, also known as additive manufacturing (AM), mainly created visual and functional prototypes and made repeatability easier, enabling endless duplication of parts that require the utmost precision. 3D printing has grown into a $6.06 billion industry, grew by 17.4% in worldwide revenue in 2016, and boasts a footprint in a wide span of industries. With its huge potential in terms of customization and the ability to keep zero products in stock, 3D printing is considered a central element of Industry 4.0.

Metrology technology is another critical technology showcased to support the concept of smart factories at VME 2018. Nguyen Thanh Dat, sales manager of Keyence Vietnam Co., Ltd., said: “Metrology technology is applied with process control techniques to ensure that a machining process is within specifications and that the resulting part meets the design requirements of fit, form and function.”

He believed that it is time for Vietnam- one of the most promising markets in the ASEAN region for manufacturing and industrial works – to prepare to meet the ever-changing demands of the market. “There is a need for mare new requirements for human capital in the wake of Industry 4.0. A nurtured and invested tech-savvy population will be equipped to operate IoT technologies or smart factories that are deployed in various business operations” Dat said. 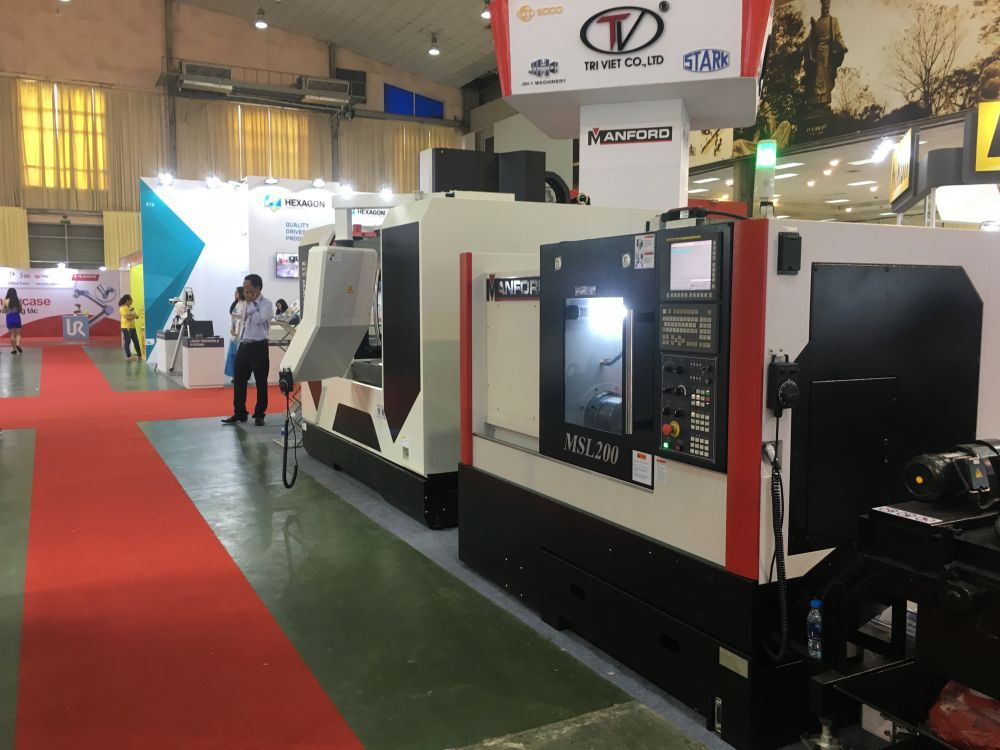 As a visitor to the showcase, Karen Dang- Country Manager of Force 21 Equipment Pte. Ltd shared that “This year VME shows the requirements of smart factories which allow managers to efficiently control as well as optimize manufacturing process and human resource. As the smart solution provider, Force 21 Vietnam with Nucleus solution is believed to be one of the most suitable choices for Vietnamese factories”. Force 21 is a Singaporean company which has more than 15 years of track record in furnishing solutions to the local and the international end users.

“In recent years, Vietnam manufacturing is the potential business field which attracts a lot of foreign investors as well as customers. Especially, after the US-China trade war, many giant businesses like South Korea, Japan… considers Vietnam as a potential attendee for outsourcing market. As a manufacturing company, I think the need for optimizing the producing process and HR management is highly required nowadays.” Another idea from Daniel Pham- Operation manager of VM Federation.