Spurred by the surging export-oriented manufacturing and service sectors resulting from the country’s trade deals, Vietnam’s economic prospects are expected to remain bright.

London-based economic analysis firm Business Monitor International, Ltd. (BMI) last week issued its Southeast Asia report for June 2018, in which the firm stated that following Vietnam’s stellar GDP growth of 7.4% on year in this year’s first quarter, the firm is revising its growth forecast for 2018 up to 6.9%, from 6.7% previously.

“This will likely be underpinned by a strong expansion in the export-oriented manufacturing and tourism-related sectors, as policymakers continue to pursue an open-door trade policy and promote visitor inflows through easing visa restrictions and active marketing campaigns” the report stated.

At the April government meeting, Prime Minister Nguyen Xuan Phuc stressed that efforts are to be made to reach a growth rate of at least 6.8% this year.

Key drivers include the export-oriented manufacturing sector, which will see sustained robust growth on the back of government efforts to open up trade further and speed up the equalization of state-owned enterprises. Most importantly, Vietnam has grown to become a manufacturing hotspot in Asia, particularly when it comes to electronics, due to its relatively cheap and large labour force, geographical advantages, attractive tax breaks, stable political environment, and open-door trade policies.

“This has attracted industry heavyweights such as Samsung, LG Electronics, Canon, and Intel to move their manufacturing facilities to Vietnam in recent years. Over the medium team, we expect this momentum to be sustained as the government continues to pursue reforms to further free up trade and improve the efficiency and competitiveness of the economy” BMI said.

For instance, Vietnam is on its way to acquiring duty-free access for its exports to the EU under the EU-Vietnam Free Trade Agreement, while it also signed the Comprehensive and Progressive Agreement for Trans-Pacific Partnership in March. This would see foreign firms from its many partner countries increase their investment in Vietnam over the coming years. “This should level the playing field for international and private firms to compete and ensure that the economy becomes more productive and competitive as a whole.” The report stated.

The government told the National Assembly last week that many international organizations have forecasted that Vietnam’s economy is “continuing its good upward trend”, and Vietnam is “emerging as an attractive destination for foreign investors”.

Specifically, while the World Bank predicted that Vietnam’s economy will grow by 6.5% this year, the Asian Development Bank (ADB) has projected that Vietnam will be one of the three economies with the fastest growth in the region in 2018, at 7.1%. Much other organization are also upbeat about Vietnam’s growth prospects this year, such as HSBC (6.5%), ANZ (6.8%) and their International Monetary Fund (6.6%). 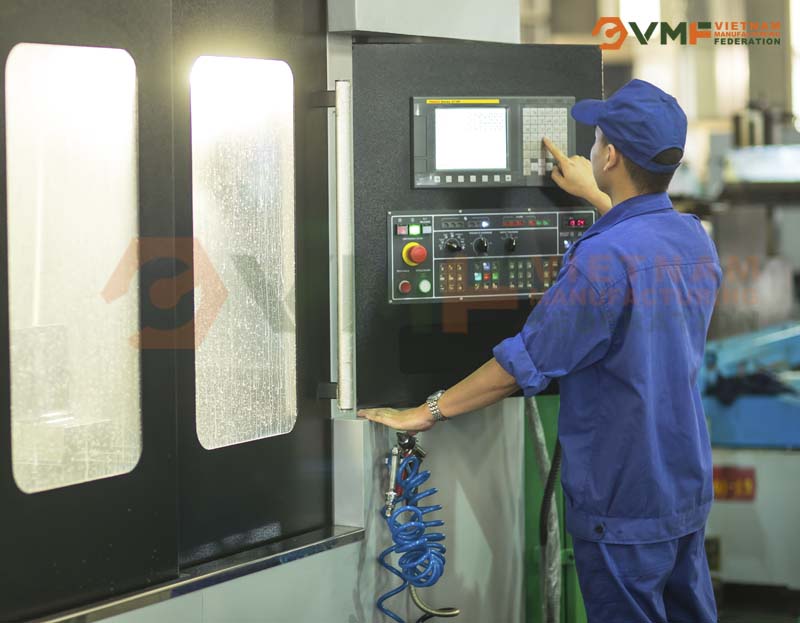 The Ministry of Planning and Investment reported that local production is surging strongly, thanks to many major industrial projects coming into operation, greatly contributing to the country’s economic growth. For example, regarding steel, Hoa Phat Group will put into operation its new steel manufacturing chain in August, with an expected annual output of 200,000 tons. VMF also invest in a new electrostatic painting spraying system, which is expected to improve the painting efficiency and quality. The second furnace of Taiwanese backed Formosa Ha Tinh with an annual capacity of 3.8 million tons will also come into operation this year.

“Furthermore, the service sector is projected to sustain its growth in 2018 and 2019, with tourist arrivals forecast to rise by 15-20% in 2018 and bank leading to growth by 17-18%,” said Aaron Batten, a senior country economist of ADB’s Vietnam mission.