Foreign giants that have made Vietnam their key manufacturing hubs are recording huge profits.

South Korea technology giant Samsung Electronics achieved a net profit of $39.3 billion in 2017, 85.6% higher than in 2016, thanks to the boom in the memory chip industry. 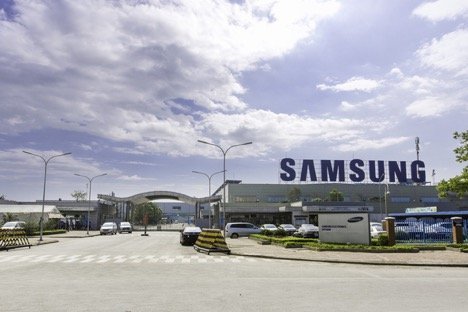 The four Vietnamese subsidiaries contribute about 16% of the total net income of Samsung’s 12 global subsidiaries.

Up until now, the total registered capital of the Samsung Group in Vietnam is $17 billion, including SEVT’s $5 billion, SEV’s $2.5 billion, SDV’s $6,5 billion. SEHC’s $2 billion, and the $1.2 billion of Samsung Electro-Mechanics. As of early 2017, Samsung Vietnam’ s disbursed capital was over $10 billion.

Vietnam is an inviting partner for multi-national companies because factory worker wages are among the lowest in the region at $243 per month. Meanwhile, economic growth easily tops 5% per year, and the government is moving to make business easier.

At Honda, business operation results in the fiscal year 2017 (from April 2016 to March 2017) point to the importance of the Vietnamese market. “Total Honda Group Unit Sales increased in all business operations. In the motorcycle business, Honda Group Unit sales were 17.661 million units, up 6.3% thanks to positive sale growth in countries including India and Vietnam,” the company stated.

The firm, which now has three facilities in Vietnam, has grown so strongly in recent years that its sales in Vietnam make up around 10% of Honda’s annual global motorcycle sales.

Although statistics on Panasonic’s profit are not available, the Japanese heavyweight stated that the future of Vietnam will remain positive as Vietnam’s consumer electronics market is growing strongly. Panasonic expects Vietnam, Indonesia, and the Philippines to see strong growth in economies of scale. The firm plans to move more air-conditioner production to Vietnam in the future.

Tetsuro Homma, senior managing executive officer and CEO of Appliances Company at Panasonic, said that the company’s production of refrigerators and washing machines has reached a level where products can be designed in Vietnam by engineers trained in the country. “We place a lot of expectation on the ability of Vietnamese engineers to learn and comprehend. In the future, we intend to expand Vietnam’s role in Panasonic’s manufacturing network in Asia,” Homma said.

Vietnam has remained an attractive destination for foreign investors in 2017, with total foreign direct investment capital registered in the country hitting a record high of $35.88 billion, up 44.4% against the year prior.

Nguyen Mai, chairman of the Vietnam Association of Foreign Invested Enterprises, said that last year also witnessed large projects by giant multinational corporations including Samsung, Bosch, and Panasonic in the area of research and development. Furthermore, the more investment of Vietnam manufacturing factories in not only human resource but also precise machinery, which is considered a gateway to gaining better access to the Fourth Industrial Revolution.