New Zealand and Australia have further cemented their trade and investment ties with Vietnam, in order to take advantage of tariff cuts under the three countries’ common trade pacts.

Last week in New Zealand, local construction company and toy developer Zuru Group told the Vietnamese Prime Minister Nguyen Xuan Phuc – who was on an official visit from March 11-14 – that the firm would like to bring into Vietnam a major housing model, using new materials. This plan was promptly approved by Phuc, who assigned the Ministry of Planning and Investment to help Zuru find a suitable location in Vietnam-currently in need of new material technology.

More than a year ago, Zuru’s founder and chief executive officer Mat Mowbray arrived in the central Vietnamese provinces of Quang Tri and Binh Dinh in search of a location for the construction of a high-technology plant. Thought to be worth $1 billion, the project produces autoclaved aerated concrete, used in Vietnam and exported to Australia, New Zealand, and China. 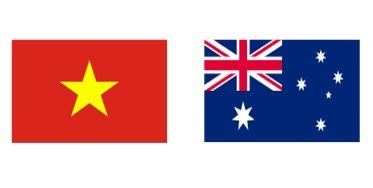 Last September, the firm’s representatives also came to the south-central province of Khanh Hoa to seek opportunities for a high-tech automatic workshop system, with an expected investment amounting to multi-millions of dollars.

Aside from Zuru, Phuc met with heads of Fonterra, as well as Deosan and Richmond (Deosan), which are among the leading milk industry firms in New Zealand. The firms expressed their intention of expanding business and investment in Vietnam, where they see great potential in developing dairy milk projects.

Fonterra’s chief executive Lukas Paravicini reaffirmed that the company is very interested in the Vietnamese market, where it has co-operated with a large number of local dairy firms.

“Fonterra pledged to further boost co-operation with Vietnamese enterprises, thus broadening its investment for production and business in the country,” Paravicini said.

Australia’s Sunrice – one of the world’s largest rice traders- also plans to cooperate with Vietnamese rice producers, Carlton and United Breweries – with a 47% share of the Australian beer market - looks to expand its beer production in Vietnam’s southern province of Binh Duong. The Sydney-head-quartered property developer Sakkara, meanwhile, is keen to invest in Vietnam as its first overseas target, noting the nation’s large population and growing demand for property projects.

Australia and New Zealand now have 412 and 28 valid investment projects in Vietnam, registered at $1.9 billion and $102 million, respectively.

The meetings between the Vietnamese prime minister and hundreds of New Zealand and Australian firms heralded a new wave of investments from these two nations into Vietnam. This plays before the backdrop of a strategic partnership just officially established between Vietnam and Australia, while firm groundwork has also been laid for a similar deal with New Zealand in the near future.

The new co-operation frameworks will enable Vietnam to amplify its trade and investment partnership with the two Oceanian countries. All three countries are members of the Comprehensive and Progressive Agreement for Trans-Pacific Partnership (CPTPP) – inked on March 8 and expected to come into force early next year – and of the ASEAN-Australia-New Zealand Free Trade Agreement (AANZFTA), signed in February 2009 and in effect since January 2010.

Under the AANZFTA member states agreed to reduce and cut 90-100% of total tariff lines from 2010-2020. For example, the average tariff rates for milking equipment and consumer goods – which Deosan wants to provide for Vietnam – are to be removed over the next five to seven years. This year, Australia will reduce 90% of tariff lines to as low as 0%, for goods imported from ASEAN and New Zealand.

In a joint statement on advancing the current comprehensive partnership toward a strategic partnership between Vietnam and New Zealand, both countries noted that trade between them is now at a historic high. Two-way trade in goods and services reached a record $1.24 billion in 2017, up 32% yoy, and triple the figure of 2009. 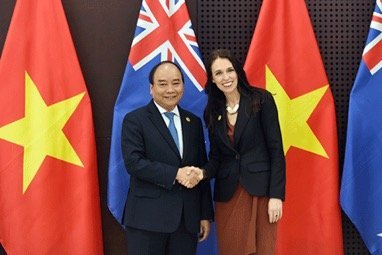 New Zealand has now completed procedures to allow the import of some Vietnamese agro-aquatic products, including dragon fruit, mango, and rambutan.

Both countries expressed confidence that the target of $1.7-2 billion in two-way trade could be reached by 2020. This would be due in large part to trade deals, propelled by the signing of the Arrangement on Economic and Trade Cooperation upon Vietnam’s state visit.

In a joint statement on the establishment of a strategic partnership between Vietnam and Australia, the two countries stated, “Building on the complementary nature of the two economies, we will promote market access and trade facilitation measures for both sides, including for agricultural and seafood products.”

In facilitation of bilateral trade and investment ties, Australia will now expedite all procedures to license the import of Vietnamese products of fresh shrimps and dragon fruit, before allowing for other products such as longan, rambutan, and star apples.

Since 2010, two-way trade between Vietnam and Australia has risen nearly 10% annually, higher than the rate of over 7% per year in the previous decade. In 2017, the figure hit over $10 billion, according to Australia’s statistics.

It is expected that Vietnam’s trade and investment ties with New Zealand and Australia will continue growing further, thanks to the CPTPP. In addition, the three countries are negotiating the Regional Comprehensive Economic Partnership with 13 other nations.

“I believe that with big import tariff reductions within the deals, and many other wide-opening opportunities for the two countries, more investment from Australia will come to Vietnam,” Phuc told Australian firms at the Vietnam-Australia business forum held in Sydney.

Earlier, at the Vietnam- New Zealand business forum held in Auckland, he sent a similar message to New Zealand firms, reaffirming that Vietnam’s government will continue reforming the economy in favour of investors and enterprises.