Decades of growth on the back of enterprises

Vietnam’s economy has grown from strength to strength, with a great role played by the government and the country’s business community. Nguyen Mai, former vice chairman of the State Committee for Co-operation and Investment (now the Ministry of Planning and Investment), analyses the country’s journey over the past few decades.

Since the national reunification on April 30, 1975, Vietnam has undergone several developmental stages, including two key ones.

The first stage was from 1975 to 1986, during which the country built a concentrated and state-subsidised economy. This led the economy to stagnate, with almost no growth. The second stage is from 1986 until today, with Vietnam witnessing rapid economic growth, having achieved the status of a lower middle-income country, which has resulted from its efforts to integrate into the regional and international communities and build a market-based economy.

However, Vietnam’s growth remains far slower than that of many economies which had the same development levels in the 1960s and have since become developed economies, such as South Korea and Singapore.

The wealth of a nation depends on many factors, including geography, politics, culture, and tradition. The government’s policies and the entrepreneurial spirit of businesses play a decisive role here. The government must be a supporter and facilitator for enterprises to perform and innovate, in order for them to create assets and employment for society. 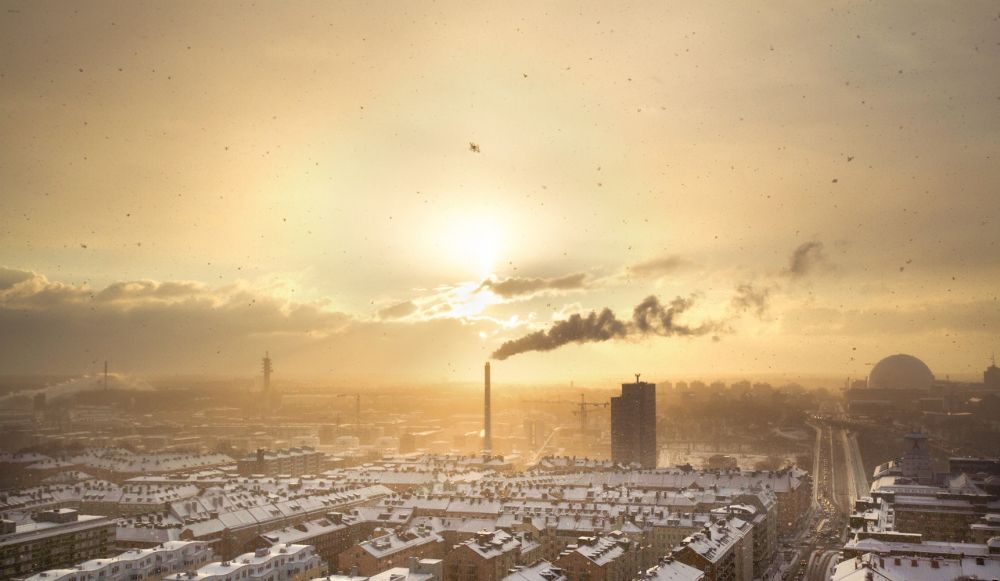 Though the Vietnamese government is trying its best to become a facilitating and enabling one in favour of enterprises and investors, the old-fashioned ‘ask-give’ mechanism remains and greatly impedes the socio-economic development, with businesses still facing difficulties. At present, the situation of “warm at the central level, but cold at lower levels” is widespread and has negatively impacted the government’s efforts to reform the economy.

Reality has shown that the majority of domestic businesspeople and enterprises bring great innovation and boast a strong will to develop and contribute to the national economic development. Here are some vivid examples.

Last August, the 13.2-kilometre Deo Ca Tunnel, on National Road No.1 between the central provinces of Phu Yen and Khanh Hoa, was put into use after being constructed within six years by locally-owned Deo Ca JSC. The firm used to be a co-operative bogged down in difficulties in 2008, but has become a group with more than 20 subsidiaries. Currently, Deo Ca JSC is able to construct sizable and complicated infrastructure projects.

In another case, Pham Thi Viet Nga joined locally-owned Hau Giang Pharmaceutical Company in 1988. She then led the debt-ridden firm to become a leading pharmaceutical firm in Vietnam, producing more than 300 types of pharmaceutical products. In 2016, the company reaped a total revenue of nearly $164.4 million and a net profit of $32.6 million. The company is expecting an annual growth rate of 15%, with a forecasted revenue of $300 million by 2020, making the company one of the ten biggest pharmaceutical firms in Southeast Asia.

What’s more, Nguyen Thi Phuong Thao has been recognised by Forbes as Vietnam’s second-richest billionaire, after Pham Nhat Vuong. Thao was also one of only 46 female billionaires in the world last year. Thao’s total net assets are estimated to be $1.2 billion. Her airline Vietjet has enjoyed strong revenue growth, with over $1.22 billion in 2016, up 40% on-year. Pre-tax profit hit nearly $106.7 million, more than double that of 2015.

In the automobile industry, Vietnam has had its own automobile development strategy for more than 20 years. However, the strategy has led nowhere, with firms mostly engaged in auto assembly. The total annual auto output is equal to about one-tenth of Thailand’s. However, some positive signals have been shown, with locally-owned automaker Truong Hai Group co-operating with several renowned foreign groups in the field. Also, Vingroup commenced the construction of a 335-hectare auto manufacturing factory last August, with the total investment capital of $3.5 billion. The complex will produce automobiles and motorbikes under the brand name Vinfast.

Vietnamese businesses have made great strides to make the country more competitive in IT and digital technology in Southeast Asia, with the groups such as Viettel and FPT leading the charge. Moreover, Vietnam’s businesses have successfully applied new technologies in many sectors. In addition, tens of thousands of startups have been established over the past few years, promising to fuel the country’s existing business community to develop stronger economic groups, which can successfully compete in the regional and international arenas.

In the new development stage of the country, the relationship between the government on one side and the business community on the other side will need to change, with new solutions. This is aimed to meet the government’s target of building a domestic business community with at least two million enterprises by 2030, having larger scale and improved competitiveness.

The Vietnamese government is fast-tracking the implementation of many pro-business solutions, such as reducing fees and taxes and reforming administrative procedures. However, one of the most important solutions is that the government apply specific incentives and mechanisms for each type of enterprises so that all sectors can grow both in quantity and quality. In fact, the government has pinpointed that the biggest challenges for the economy are low labour productivity, obsolete technology, and unskilled human resources.

Currently, Vietnam has about 700,000 operating enterprises, the majority of which are small- to medium-sized, including micro-ones. The strength of each country depends on that of its own business community. Thus, each type of enterprises would need a specific policy, meaning that one policy cannot be applied to all types of enterprises. That’s why the government will need to change its policy-making strategies in line with the development of each type of enterprises.