The world’s largest trade pact RCEP will boost Vietnam’s trade in the long run as the country becomes part of a bigger supply chain, experts say.

With the Regional Comprehensive Economic Partnership (RCEP) coming into effect on January 1, Thuan Phuoc Seafoods and Trading Corp in Da Nang City will focus its business on two members of the pact this year – China and Japan, said CEO Tran Van Linh.

He said told local media that the RCEP will help fisheries companies extract greater advantages from these two markets and encourage them to develop a sustainable industry with a larger production scale that plays by international rules.

The mega trade agreement has been signed by 15 countries which collectively cover about one-third of the world’s population, allowing businesses to enjoy up to 92 per cent in terms of tariff reduction.

It forms a market of 2.2 billion consumers, which is the largest free trade area in the world.

China, for example, is set to officially import more fruits from Vietnam including durian, passion fruit, grapefruit, avocado and star apple, he said.

At $668 billion last year, up 22.6 per cent from 2020, Vietnam remains one of the most trade-dependent countries in the world; and the RCEP could provide new momentum for post-pandemic economic recovery, seminar participants agreed.

Vietnam could see exports rise as most of its input materials are sourced from RCEP countries, said Nguyen Thi Quynh Nga, deputy head of the Multilateral Trade Policy Department under the Ministry of Industry and Trade.

Instead of signing a free trade agreement with 14 other countries, RCEP applies the same set of regulations to all members, she noted.

Deputy Minister of Trade Tran Quoc Khanh said that import tariffs to Vietnam in 14 other countries are already lower than their commitments in the RCEP, and therefore the trade pact won’t have many short-term benefits. 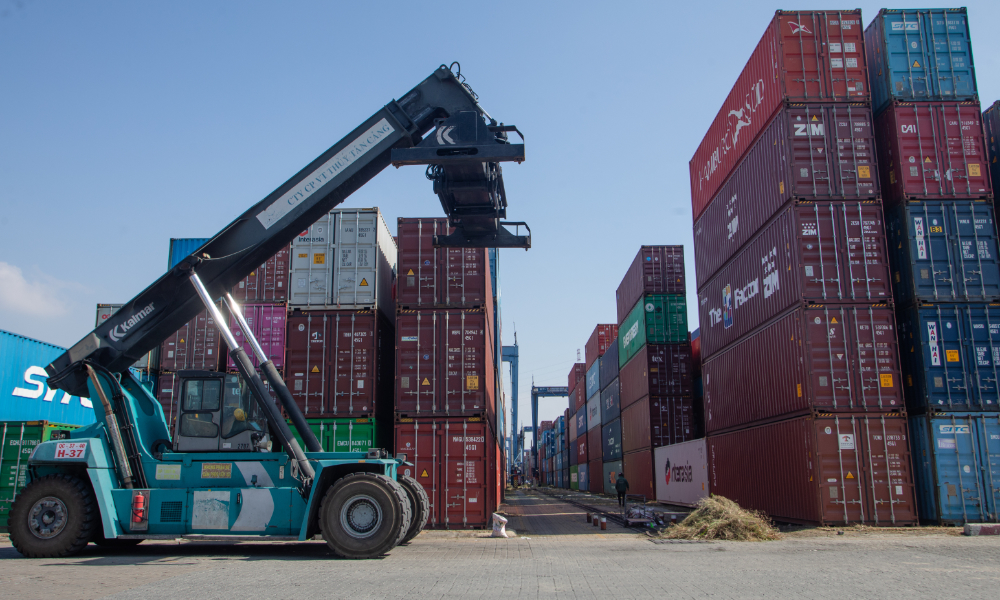 But in the long run, the deal could form a new supply chain in the region with Vietnam as a part of it. That is when Vietnam will see exports rise, he said.

Seafood is set to be among the major gainers, as most RCEP countries (except South Korea) have agreed to slash seafood tariffs to zero as soon as the trade pact took effect.

At present, RCEP countries account for 52 per cent of Vietnam’s exports.

Le Hang, deputy director of training centre VASEP.PRO under the Vietnam Association of Seafood Exporters and Producers (VASEP), said that the trade pact allows Vietnam to import raw ingredients from ASEAN countries and export to the five partner signatories. It can even process ingredients for companies in the five countries, she added.

Vo Tri Thanh, head of the Institute For Brand and Competitiveness Strategy, said several industries including garment, footwear, wood, services and manufacturing will also benefit from the trade pact.

But several speakers also expressed concerns about the competition and trade rules that Vietnamese businesses can face as part of the RCEP.

The pact will increase competition for Vietnamese goods as many signatories have similar products with higher added value, said Nguyen Thi Thu Trang, director of the Center For WTO and International Trade under Vietnam Chamber of Commerce and Industry.

China, with a variety of affordable and low-priced products, will pose challenges to Vietnam’s agriculture and fisheries firms, she said.

The best way for Vietnamese businesses to survive is to invest in increasing their competitiveness, she added.

Lawyer Bui Van Thanh, a member of the Vietnam International Arbitration Center (VIAC), warned of possible conflicts over origin frauds, such as faking "made in Vietnam" labels, which was already happening under other trade pacts.