Vietnam stands to benefit after the EU and China suspended the Comprehensive Agreement on Investment (CAI). The CAI was supposed to be a significant bilateral treaty that would replace the 26 existing bilateral investment treaties between 27 individual EU Member States and China, thus providing a uniform legal framework for EU-China investment ties.

The CAI’s main objectives were to enhance the protection of EU investments in China and vice versa, improve legal certainty regarding the treatment of EU investors in China, reduction of barriers to investing in China, and as a result, increase bilateral investment flows and improve access to the Chinese market.

Nevertheless, in May 2021, the European Parliament passed a resolution to freeze ratification of the (CAI) in response to Chinese sanctions on European human rights advocates.

Worsening relations between the EU and China, have called the future of the CAI – which has been over seven years in the making – into question. 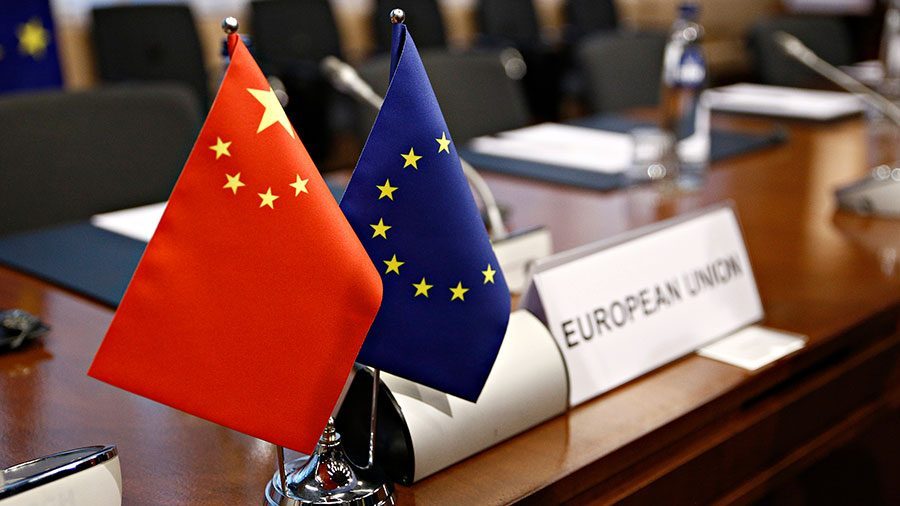 Implications for trade and investment

Even without the CAI, last year, China surpassed the US to become the EU’s largest trade partner, with the two sides registering US$709 billion in trade in 2020. While the CAI may boost trade and investment, it is not a precondition to do so.

Political disputes pose risks to European businesses operating in China, but economic ties will likely continue to deepen regardless of the CAI’s fate.

In light of this, and as the CAI remains in limbo, Vietnam is likely to benefit as EU businesses look to diversify production and investments. Asia remains favourable and Vietnam is a high contender for investment by EU businesses.

For starters, Vietnam’s economy was recording an average of seven per cent GDP growth before the pandemic and remains one of the fastest-growing economies in Asia. Even during the pandemic, Vietnam was one of the few countries to record positive growth. There are several factors for this, but the US-China trade war is one of them that benefitted Vietnam.

Vietnam Briefing looks at factors why Vietnam is a high contender for this shift.

The FTA is expected to help increase Vietnam’s GDP by 4.6 per cent and its exports to the EU by 42.7 per cent by 2025. While the European Commission has forecast the EU’s GDP to increase by US$29.5 billion by 2035.

At the regional level, Vietnam is now the EU’s second most important trading partner among all ASEAN members – surpassing regional rivals Indonesia and Thailand, in recent years. The growing trade between the EU and Vietnam also helps to solidify ASEAN’s position as the EU’s third-largest trading partner.

Vietnam’s close proximity to China has further helped it become a manufacturing base while being viewed as a China plus one destination.

With the suspension of the CAI, it makes sense for investors to look at alternative production sites right across China’s border. In addition, if the CAI with China is ratified, businesses can likely use Vietnam as a China plus one location while planning investments in China.

By situating manufacturing centres close to traditional hubs in China, manufacturers are able to reduce costs with limited interruption or delays to existing supply chains.

In addition, many factories in Vietnam are foreign-owned with investments from China, Taiwan, and South Korea. This makes transitioning out of China into Vietnam smoother, making it easier to transfer existing checklists, specifications, or other product information.

It has an approximately 3,200 km long coastline with around 114 seaports. The three largest seaports in Vietnam are in Hai Phong (North), Da Nang (Central), and Saigon (South).

In addition, Vietnam has an extensive railway network: the Kunming (China) – Hai Phong (Vietnam) is 855 km long and remains important for cargo transportation. The transport ministry has also proposed an up-gradation to this railway line.

While Vietnam’s infrastructure is still unmatched by China’s, the government has prioritized infrastructure development to facilitate economic growth.

Vietnam has a relatively stable government that provides strategic direction and decides on all major policy issues.

The government has worked to improve business policies and labour laws, including Vietnam’s ranking in the World Bank’s Doing Business report.

It continues to prioritize infrastructure investment and does not shy away from looking at countries outside ASEAN to fuel its growth.

The government has also invested in industrial zones, and this investment is expected to increase as foreign investment pours in.

Vietnam is a favourable location, but due diligence is key

While Vietnam is an ideal location, it cannot absorb all production from China or compete with it in terms of infrastructure and supply chains. It still has its limitations and investors must do their due diligence depending on the industry, location, and type of business to see if Vietnam suits their business needs. 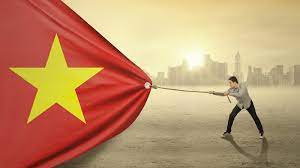 Vietnam’s recent lockdown due to the fourth wave resulted in strict lockdowns and negative Q3 growth, the worst in almost seven years. The lockdowns affected businesses so significantly that as per EuroCham around 18 per cent of its members also moved some production.

Nevertheless, EuroCham’s Q3 Business Climate Index (BCI) shows a positive outlook about Vietnam’s business environment after social distancing measures were lifted. Almost half of the investors forecast a stable and improved outlook for Vietnam in the fourth quarter of the year with 69 per cent of business leaders planning to maintain or increase their investment in Q4.

All these factors bode well for EU-Vietnam trade and further investment. Vietnam’s challenge will be to manage its growth responsibly, increase vaccination rates while keeping the pandemic under control. Nevertheless, Vietnam is likely to have an edge with the EVFTA in force and as EU businesses look to expand investment.