How enterprises in HCM can resume operation during the social distancing

The announcement was made in an urgent dispatch issued by the city’s administration on Monday regarding measures to be taken for epidemic prevention and control from now until September 15.

As the Covid 19 situation in Vietnam, especially in Ho Chi Minh City becomes more serious currently, the Vietnam government has to applied and extended the social distancing until mid of September 2021. Let's see how the city, as well as the Vietnamese manufacturing operations, face the lockdown announcement and what they do to maintain their business.

The city will allow five to ten percent of enterprises, manufacturing factories to resume their operation during the current social distancing period so long as they are capable of operating according to one of the four following optional models.

In the second model, ‘one route for two locations,’ enterprises organize the transportation of workers from their collective living quarters arranged by the firms to their workplaces and vice versa.

Under this model, ‘green’ workers are permitted to travel on their personal vehicles between their ‘green’ homes and ‘green’ work sites through a ‘green’ route within proper periods, without stopping at or going through areas at high and very high risks of COVID-19 infection.

In the last option, enterprises are required to operate in a method based on a combination of the other three models.

With these four models, hopefully, Vietnam's Manufacturing business can still maintain its development during the current serious situation in Ho Chi Minh City. 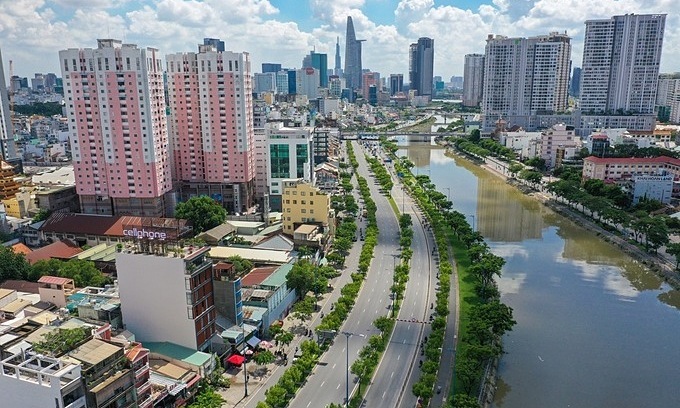 The city’s administration on Sunday decided to extend the social distancing period by one month to better curb the pandemic, as it has recently become the country’s largest hotspot of COVID-19, with thousands of infections per day.

The city will continue applying social distancing measures under the prime minister’s Directive No. 16 from August 16 to September 15.

Restrictions under the directive include the closure of non-essential businesses and services, a stay-home order, a ban on gatherings larger than two people, a minimum two-meter distance between people, and the suspension of public transport.

Local authorities have imposed curbs at various levels since May 31.

Since the pandemic hit Vietnam in early 2020, Ho Chi Minh City has documented over 154,000 COVID-19 cases, including 4,912 deaths, the Ministry of Health reported on Tuesday morning.

Since late April, when the pandemic’s fourth outbreak erupted in Vietnam, the country has registered 279,681 cases, or 99.4 percent of the total count, with the highly contagious Delta variant dominant in most of the infections.